Last year, UK based manufacturer and roof windows specialist, Keylite Roof Windows (Keylite) appointed Cathal McShane as Specification Executive. A year on, the Tyrone Gaelic Athletic Association (GAA) ‘All-Star’ remains enthused about the daily challenges and successes that arise on and off the pitch.

As Specification Executive on Keylite’s Technical Specification team, Cathal works alongside architects and housebuilders to help specify Keylite products for projects across the UK and Ireland.

After being linked with a possible move to Australia to play in the Australian Football League, Cathal decided to stay close to his roots in Ireland – prioritising family and friends, and a bright future not only in football, but also in his professional career at Keylite. 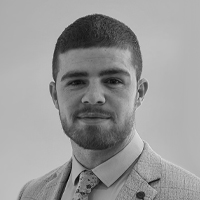 Since finishing University at St Marys College in Belfast, Cathal has been balancing football, a sporting injury and the COVID pandemic, while also developing within his new role as Keylite Specification Executive.

Cathal, who notes one of his many key achievements is scoring against Manchester United in 2012, says his sights are firmly set on development, success and opportunity – crediting his sporting career as a huge influence on his attitude to work: “I’ve learned a lot through sports in terms of being a leader, as well as being a team player,” he says. “On the field, you have to adapt and keep persevering, and I bring that same energy to work.

“The past twelve months have not been without their difficulties for anyone. When taking on a new role you always want the best start possible – but then the pandemic and lockdown hit, and all of a sudden, I’m working in an environment that I’m just not used to. So there’s been plenty of challenges, but success doesn’t happen in a straight line – this year has been a good reminder of that.

“I feel a real excitement for my role at Keylite. Coming from a football background, I’ve always played for success, and now Keylite has provided a great opportunity to succeed in my career as well.”

Jim Blanthorne, Managing Director at Keylite adds: “We’re delighted to have Cathal join our enthusiastic and hardworking team. We understand the importance of recruiting locally and know Cathal will be a great asset to Keylite, as he is for Tyrone GAA.”